Insurance Analytics Use Cases | The Rise of InsurTechs 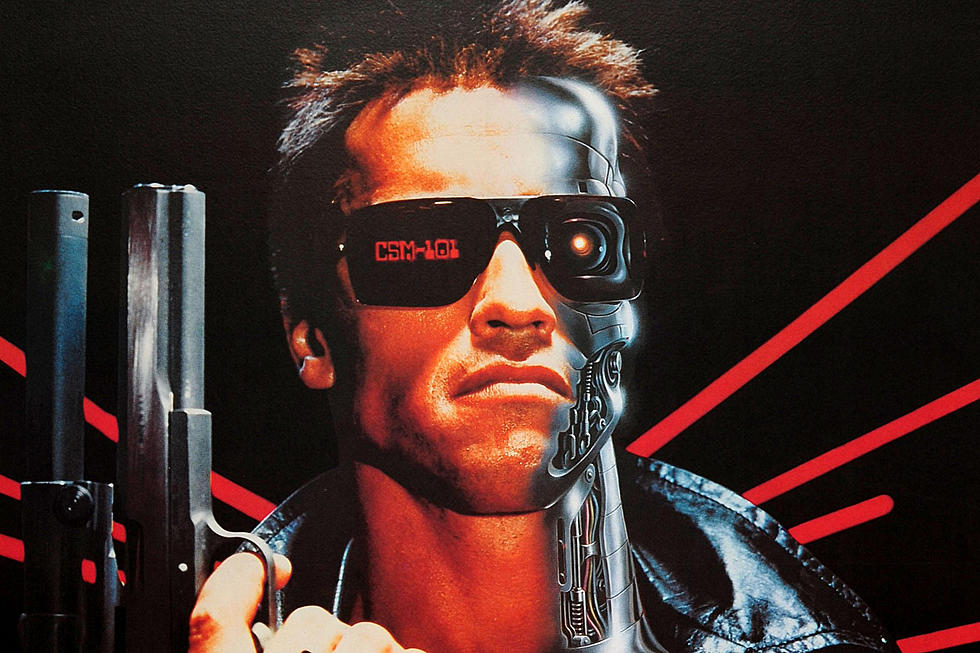 Insurance vs. InsurTech…How did we get here and where are we going?

As the proliferation of data sources continues to explode – the number of insurance analytics use cases grows in parallel. Whether you are looking to optimize the user experience, automate underwriting, predict risk, or prevent fraud while automating claims, data is the name of the game.

This wasn’t always the case, however. Over the next few posts, we will discuss what is currently happening in the Insurance vs. InsurTech market, where we think it is going, and what got us here in the first place.

There are many insurance analytics use cases, but where did they come from?

Over the last decade or so we have seen a dramatic shift in the way businesses operate as the digital transformation has truly taken shape. From the introduction of the smartphone to the development of IoT, drones, autonomous vehicles and wearables, the old way of doing business was quickly replaced by a new, digitized and intelligent path forward.

We witnessed the emergence of entirely new businesses and ecosystems with the invention of the sharing and gig economies led by Uber, Airbnb, even (gulp) WeWork. The platform and API economy continued with cloud, open APIs, microservices and hardware/software ecosystems pushed by Apple, Google, Alibaba, Amazon, and others.

But, arguably the biggest shift that occurred was the shift in mindset from a business-first “this is how things are done and we will make incremental improvements with automation” to a customer-first “let’s completely rethink the way things are done, starting with the customer experience” approach. With a new mindset, some new data sources, and a handful of newly available insurance analytics use cases, we’ve observed an industry evolve far quicker than it ever has before.

At ForMotiv, we’ve been watching these dynamics play out in the space with keen interest. As most traditional carriers continued modernizing their businesses by replacing legacy systems with multi-year, multi-million-dollar on-premise core systems and automating internal friction points such as claims, operations, and underwriting – something else was happening…new InsurTech companies began to enter the market in an attempt to transform the industry from “reactive” to “predictive.”

So where are we now?

Still a relatively new ‘category,’ InsurTechs started sprouting up about five years ago. As some of these companies started gaining momentum, insurance carriers were caught off guard. Are these new companies complementary? Competitors? Disruptors? The simple answer could be D. All of the above.

The InsurTech landscape is vast and complicated. Given there are so many different pieces in the insurance puzzle, it’s very difficult to lump all of the entrants into a single InsurTech category. Some are tech-first insurance startups, some are new-age MGAs, some are technology and data startups, some are distribution channels, and some are a hybrid of all of the above. Regardless, they all see a need for change in the insurance industry. (P.S. We will be highlighting each of these subcategories over the next few articles).

The shift from internal optimization to external enhancement has been a needed and welcomed transition. Focusing on customer friction, consumer preference changes and the need for new products allowed entrants to chip away at long-time industry assumptions.

Similar to the arrival of Kayak, Expedia, Priceline, and other flight-discovery engines in the airline space, insurance is seeing the new discovery and distribution channels from the likes of AskKodiak, Compare.com, Policy Genius, and many others. The industry is so big and has so many verticals that it’s likely you will find a niche ‘Kayak-like’ company in each. A common thread among these new players is that they focused on providing seamless digital experiences as a core competitive advantage when selling into new or underserved markets.

Enhancements to the customer experience didn’t stop with discovery, however. The rapid rise of the ‘on-demand economy’ made instant gratification a must-have. Because of that, automated underwriting leaped up the priority list. The problem was, unlike the newcomers, most incumbent carriers weren’t set up from an operational & architecture perspective to collect & act on the relevant customer data needed to support accelerated underwriting and deliver superior digital experiences these customers had come to expect.

With that said, and given the fact that most insurers realized the growing importance of a sophisticated data strategy, instead of trying to reinvent themselves, they enlisted the help of 3rd party experts and partners…InsurTechs.

In an attempt to stay ahead, or at the very least keep pace, with the challengers – traditional insurance carriers needed a way to utilize similar technological advances, particularly artificial intelligence, that the newcomers were using. It would be the equivalent of the Taxi industry spotting Uber in their rearview mirror and instead of ignoring the threat, deciding to partner with technology companies that specialize in building Mobile Apps with GPS tracking, digital payment, and ratings and reviews. Maybe Uber’s disruption of the Taxi industry was inevitable, but they would have at least stood a fighting chance had they partnered with the right vendors at the right time.

We’re seeing a similar dynamic play out in the insurance space. Whether they were looking for ways to optimize customer acquisition, automate underwriting, look at new ways to analyze old data or finding new innovative ways to collect and analyze new data, there seems to be an available solution for everyone.

For Behavioral Intelligence, ForMotiv discovers thousands of new behavioral data points collected while users engage with digital applications (their Digital Body Language) and then uses machine learning to help accurately predict their risk, amongst other things.

And for out-of-the-box machine learning applications and claims automation, DataRobot, DropIn, and many others work in concert with existing carriers to help them with a variety of AI-enabled solutions. Even with many new AI, data, and technology providers entering the market, carriers were relatively slow to adopt these new technologies, despite the fact that most were built to help bridge their legacy systems into the future.

That led to a different generation of InsurTech startups. Rather than trying to renovate, redecorate, and generally work within the confines of the existing building, these companies decided to demolish the old architecture and rebuild the new from scratch.

Companies like Root Insurance and Lemonade are legitimate insurance carriers built from the ground up using artificial intelligence, machine learning, and behavioral intelligence throughout their entire operation. These companies would be the Uber and Lyft equivalents in the Taxi space – companies that entirely rethought the way things had been done to date and created a data-driven, customer-first approach to reinvent it.

Root is a great example of a company putting a whole new meaning to “new insurance analytics use cases.” Currently worth almost $4 billion, Root is taking an entirely new approach to assessing driver risk by analyzing driving behavior through their mobile app. Leveraging telematics like driving speed, braking tendencies, and acceleration habits which are all tracked and analyzed from their mobile app, Root prices their policies very differently than their competitors. This new approach allows them to reward good driving behavior which can save drivers more than 50% on their policies compared to traditional insurance companies. They use AI algorithms to adjust risk and continuously look for pricing advantages. For example, a vehicle with an advanced driver assistance system that it deems to improve safety might receive further discounts.

Lemonade, on the other hand, isn’t just changing the way they assess risk, they’re attempting to flip the entire business model on its head. We took a very in-depth look at their controversial business model that you can read here. Sparknotes: they’re operating with a flat fee 25% business model and donating any remaining premium collected to charity. The key difference (they claim) is it eliminates the conflict of interest that insurance companies currently have which suggests carriers are incentivized to pay out as little as possible in claims.

These are slightly different than the Ladder Life, Hippo, and Jetty’s of the world, which we discussed here, that operate more like new-age MGA’s. They are backed by big traditional insurance companies, but they have the ability to drastically simplify customer acquisition, user experience, and automated underwriting using artificial intelligence and behavioral intelligence. Many of the companies I just mentioned are worth well north of a billion dollars after only a few years in existence.

Where are we going?

As we rapidly approach 2020, the insurance landscape is changing quicker than ever. Traditional insurers, reinsurers, brokers, and MGAs are increasingly investing in startups, developing their own ‘startups’, creating new and innovative products, entrenching themselves in new ecosystems, and targeting new market segments. They’re finally transitioning from legacy system improvement to new cloud-based digital platforms that allow them to continue scaling and add new capabilities as AI and other cutting-edge technologies evolve. The use cases for insurance analytics are seemingly endless and once Drones, IoT devices, and autonomous vehicles take off I’m sure we’ll see far more that we can’t even conceptualize yet.

Understanding that the future of insurance, which is largely a commodity depending on the vertical, revolves around the customer experience and utilizing available and future technology like blockchain and behavioral intelligence to strip costs, price more accurately, and predict customer intent is crucial if you want to survive.

Companies like MassMutual, who launched a D2C term-life insurance product called Haven Life as a standalone product, are taking a hybrid approach and capitalizing on the new opportunities while maintaining their existing business. Think Netflix building out its on-demand streaming service while it continued to take market share from Blockbuster with mail-order DVDs. Had it not innovated, it likely would have run out of money and lost the battle to Blockbuster. But, because Netflix saw around the corner that Internet speeds were increasing and would eventually give them the ability to stream they were able to stay ahead of the curve.

Check out this article to learn more about the Top AI and Predictive Analytics Use Cases in Insurance. 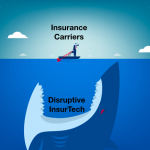 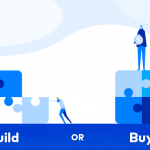 To Build or to Buy, that is the question.